The right level of armour

So, you have decided to add an additional level of security to your vehicle in the form of bullet-resistant armour. Which level of armour do you go for? Yes, there are several different levels.

The two most common civilian armouring levels are B4 (handguns) and B6 (assault rifles). We will look at the pros and cons of each and then you can decide on the most appropriate level of protection for you.

B4 offers bulletproof protection for handguns up to .44 Magnum. This is your typical anti-hijack solution that also offers protection against brick throwing and the like. Technically, the protection consists of 18-21 mm armoured glass and Kevlar sheets for the body. It is a very discreet and lightweight level of armour with minimal impact on vehicle acceleration and dynamic performance. 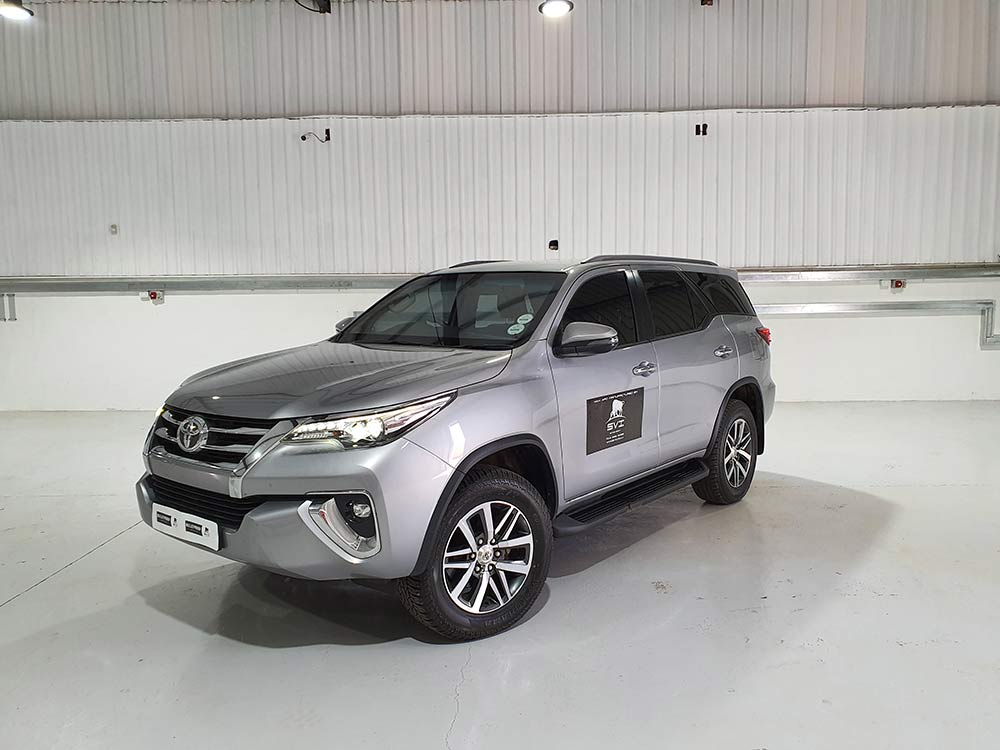 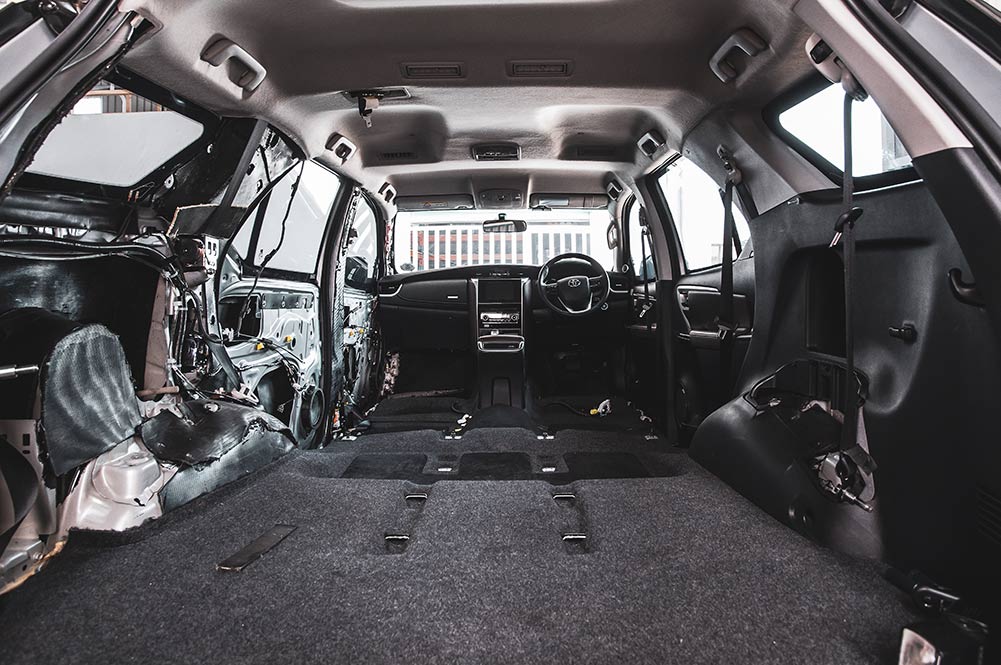 For day-to-day use, B4 is close to the standard vehicle in terms of ease of use. In luxury vehicles, the driver’s window can lower almost all the way, allowing easy entry to security estates and allowing the driver to operate parking machines at the airport or shopping centre. The doors are slightly heavier than the standard units, mostly due to the thicker glass, but still easy to open and close.

During an attack, the advantage of the B4 level is that the relatively low added mass will allow the driver to quickly drive away from the scene. The B4 vehicle does not need a powerful engine to still have good acceleration performance.

Although B4 is not designed to stop AK47 rounds, we have seen that in many cases it does, though this depends on the angle the shooter aims from and the distance to the vehicle. If you need guaranteed protection against assault rifles, then move on to level B6.

Technically, 38 mm armoured glass is required and special armoured steel plates are used to protect the body (Kevlar is not suitable in this application). The result is a lot of mass added to the vehicle which may also then require a suspension and brake upgrade. This explains the jump in pricing between a B4 and B6 vehicle.

SVI feels that the B6 level is not suitable for unibody vehicles (such as high-end luxury vehicles) as the body’s integrity will be compromised. The body-on-chassis vehicle is much more suitable to carry the extra mass. Popular examples are double-cab pick-ups, SUVs based on the pick-up chassis and robust SUVs such as the Toyota Land Cruiser 200, Nissan Patrol and Mercedes-Benz G-Class.

It is obvious that the extra mass dulls vehicle performance and care needs to be taken when cornering an armoured B6 vehicle fast. SVI strongly recommends driver training when opting for a B6 level vehicle.

The B6 vehicle is not as easy to use on a daily basis as the B4 level described above. The doors are much heavier and the driver window’s glass can lower only around 200 mm (38 mm glass leads to interference inside the door). This means the door often needs to be opened for collecting parking tickets or estate entry. Still, these are small prices to pay for the ultimate protection. 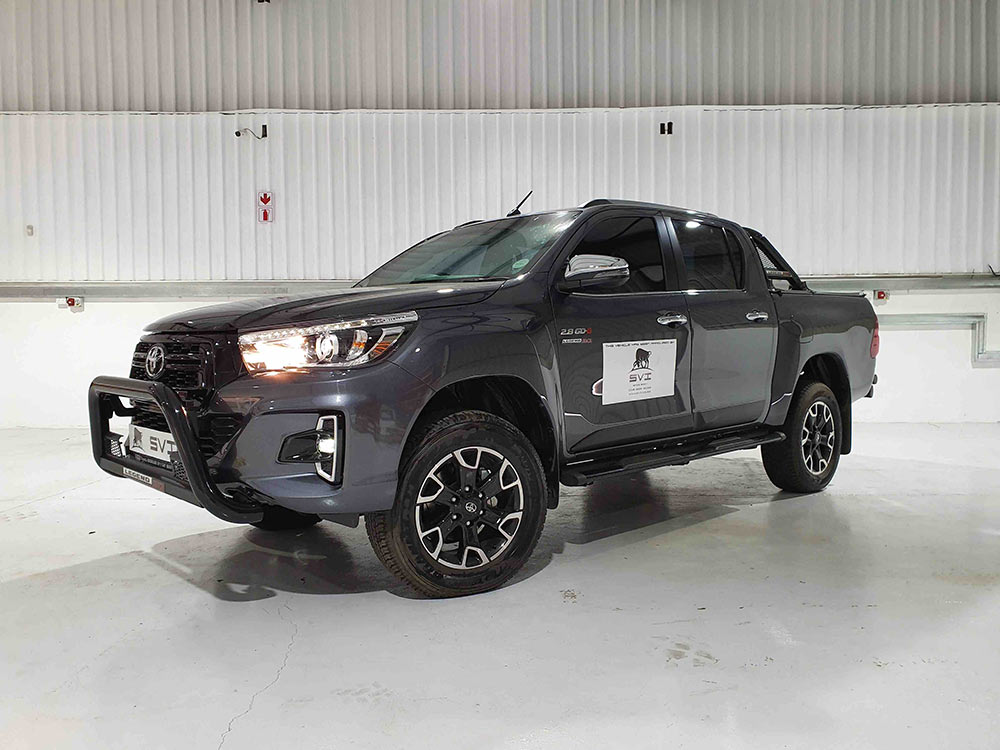 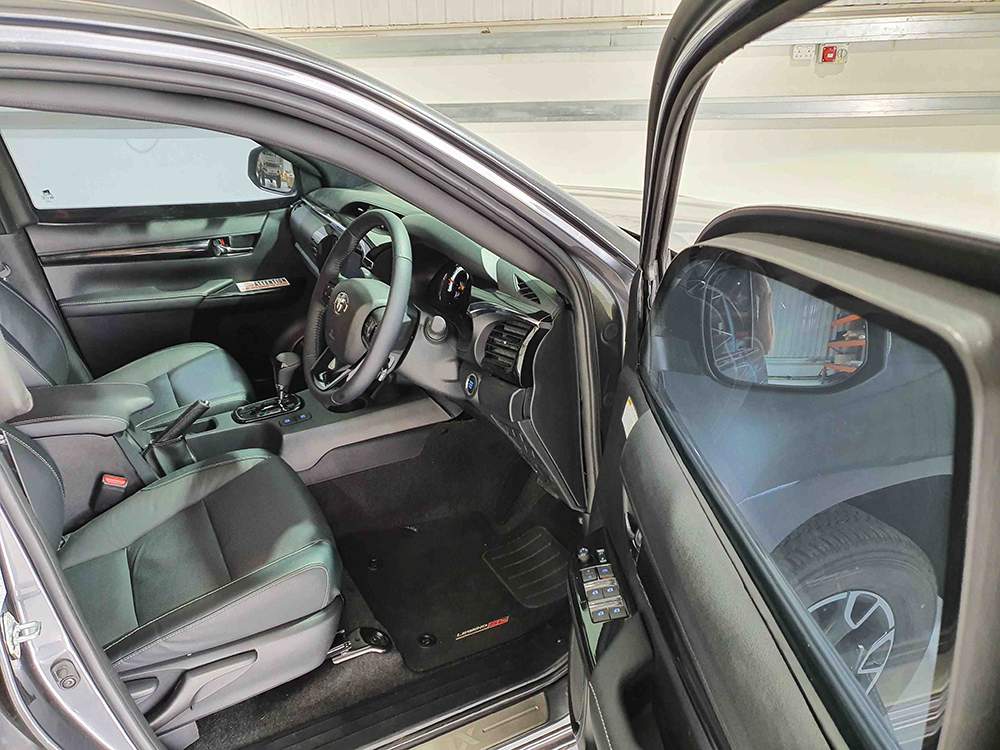 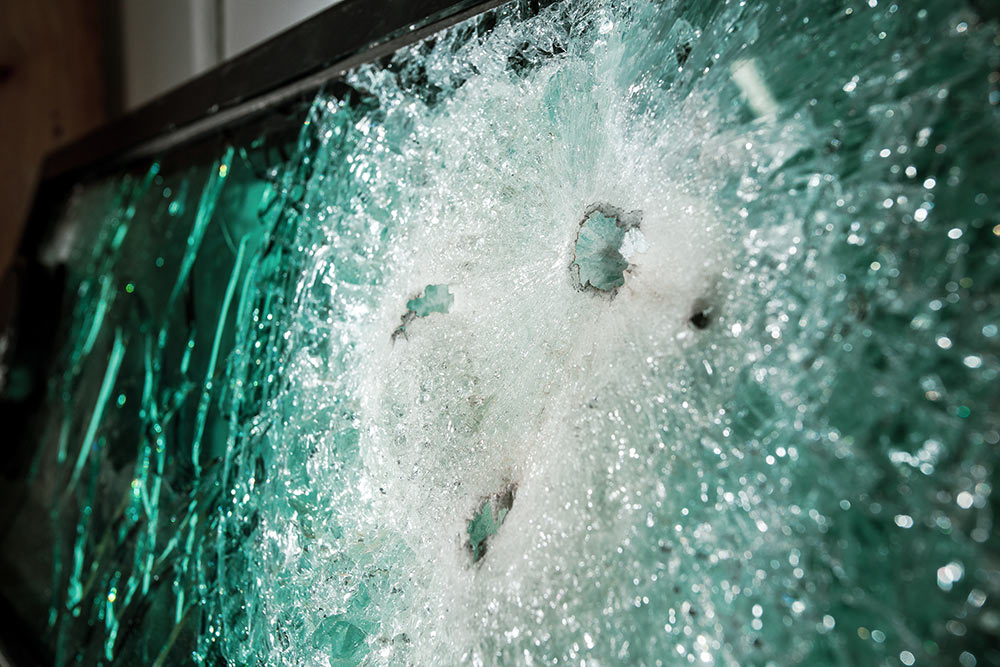 B7 and military grades

Higher protection levels up to STANAG Level 4 are available from SVI. In this case, the user needs to be registered at the Directorate Conventional Arms Control and get special permission to obtain and operate the vehicle. In general, these levels are available only to government agencies and registered security companies.

First determine the threat level you are facing and then decide on the appropriate armouring level. SVI has experience to guide you every step of the way to ensure you get what you need. Talk to one of our experts today…

Table: Comparison between Toyota Hilux double can B4 and B6 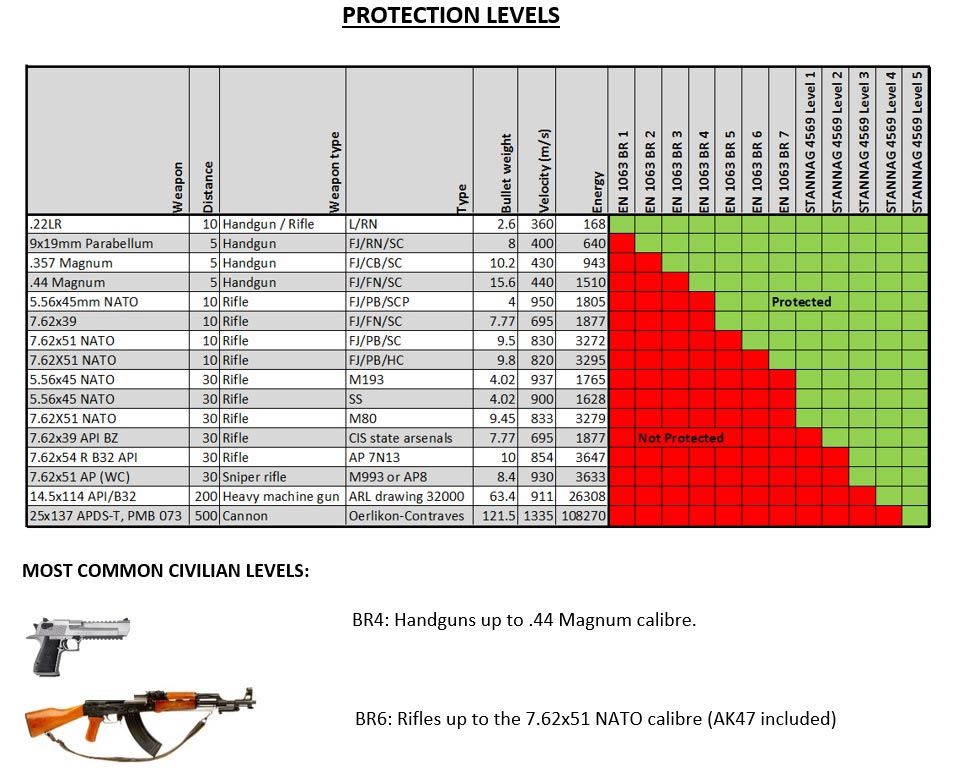